John W. Kauleinamoku was another early Native Hawaiian to immigrate to Utah. He was also a Mormon convert and came to SLC in 1875 (2 years after Kiha Ka’awa Nebeker) and was the first adult Native Hawaiian to permanently move to Utah making him the de facto leader of the emerging Native Hawaiian community in SLC. 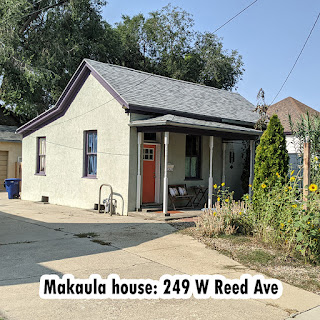 Between 1872 and 1889, about 75 Native Hawaiians (all Mormon converts) settled in SLC. They mostly lived at the edge of town in the Warm Springs area of the Capitol Hill neighborhood, primarily between what is now 200-300 West and Reed and Fern Avenues.

Kauleinamoku’s house was the most well-known and hosted funerals, gatherings, and religious services conducted in Native Hawaiian. Many other Native Hawaiian immigrants lived with Kauleinamoku and his family in his small adobe home.
The Kauleinamoku house was located at 754 N 300 West and was demolished about 2003 by the SLC Redevelopment Agency (RDA) (along with the Morrison Meat Pie facility); townhomes now occupy the site.

According to research done by Nelson Knight, there are at least 5 homes of early Native Hawaiian settlers that remain standing in the Capitol Hill neighborhood:
Most Native Hawaiians had a difficult experience in Utah, primarily stemming from racial prejudice and stereotypes of Pacific Islanders perpetuated by syndicated newspaper stories that described them as cannibals, practitioners of infanticide, and lepers.

In June 1889, 4 Native Hawaiians applied for US Citizenship, but the Utah Supreme Court decided that Native Hawaiians were Polynesian and thus part of the Malay race and were not eligible for citizenship because of the Chinese Exclusion Act of 1882.

Largely in response to this ruling, and the general racial prejudices in obtaining work, about 50 of the 75 Native Hawaiians in SLC relocated to the new Hawaiian settlement of Iosepa in Skull Valley in Aug 1889. Most of the other either returned to Hawaii or eventually relocated to Iosepa as well. Kiha Ka’awa Nebeker (see previous post) seems to be an exception to this trend.

Kauleinamoku was also one of the leaders of Iosepa (although the formal Mormon Church leadership positions were all headed by White people, most of whom were previous missionaries to Hawaii). 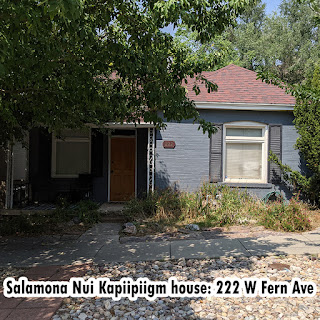 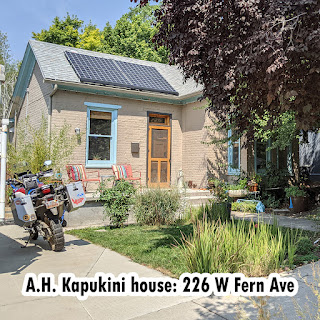 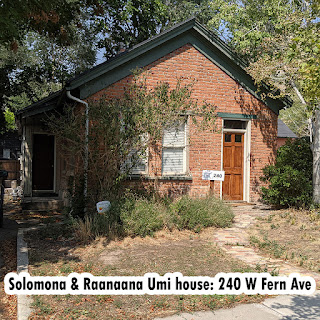