Today in history: “Crazed by repeated repulses from the woman he loved, Mr. Ashley Harrison, alias Larry Kavanaugh, slashed Mrs. Alma Crandall in the neck with a razor in her home at 143 Social Hall Ave, followed the screaming woman into the backyard where he again slashed and cut her with the razor until she fell to the ground from the loss of blood, and then cut his own throat from ear to ear, almost severing the head from the body.” Such was the heinous crime as reported a day later in the Salt Lake Tribune August 22, 1909.

Beyond the brutality of the attempted murder and the suicide was the spectacle that Mr. Harrison provided to the residents of SLC after his death. The body of Mr. Harrison was taken to the undertaking parlor of Joseph William Taylor to see if any relatives or friends would claim his body. Word soon spread through town that the man’s body was covered in colorful tattoos.

“Upon his chest was a spider’s web filled with flies, tattooed in colors. Around his neck was a wreath of roses with a humming bird’s bill in each flower. Upon each shoulder was a large colored butterfly. Upon one forearm was a large beautifully colored dragon, and upon the other a Chinese joss house. Above the dragon was the clasped hands, the emblem of the I.O.O.F. Above the emblem was a caterpillar and below it was another butterfly. Upon his back, the head in the center of his body and the two wings extending the full width of his back was another butterfly done in colors. All of the tattoo work was excellently done.” Salt Lake Herald Republican August 23 1909. Mr. Harrison was found to be a sailor on the steamship the Empress of India running out of Vancouver to Hong Kong and Tokyo, where it is likely that he got his tattoos.

The body of Mr. Harrison remained unclaimed and he was buried in Paupers Field of the Salt Lake City Cemetery. The body was placed in a plain pine box and lowered into the grave without ceremony.

Mrs. Crandall eventually recovered and resided in SLC for the rest of her life; she passed away on January 9, 1954, at the age of 74 and is also interred in the Salt Lake City Cemetery.


Posted by Rachel Quist No comments:

This prominent house located at 851 S 1400 East SLC was very briefly home to a large illegal bootlegging operation!
On January 11, 1923, Salt Lake Police confiscated a 500-gallon still from a room on the top floor.
Overflow from more than a hundred mash barrels had ruined the walls and ceiling of the lower floor and the whole place reeked with the odor from the still.
In an upstairs bedroom, with walls of light blue and exquisite lighting fixtures and drapes to match, sat a boiler, two 250-gallon tanks, pumps, hose and the usual coil. Apparently many hundreds of gallons of liquor had been distilled with the apparatus. A neighbor told police that the people living in the house had just moved away the other day.
Henry Kipp, owner of the Success Meat Market and then later Kipp's Market, built the home for his family in 1912 but had apparently rented out his house at this time to some unscrupulous tenants as he was reported as living outside of SLC at the time of this incident.

This wall of Red Butte Sandstone was built by Fort Douglas Soldiers in the 1860s. It served as the backstop of the Fort's Rifle Range, located just south of the Fort Douglas Cemetery.

It was eventually lost to history and buried, then uncovered with new construction in what is now the U of U Research Park. It was going to be lost again through demolition until it was saved by Salt Lake City resident Lorna Matheson. Thanks Lorna! 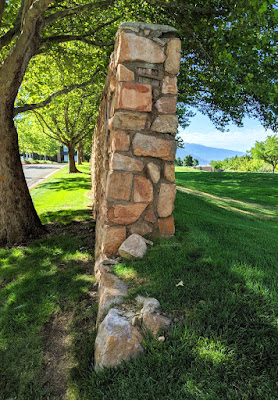 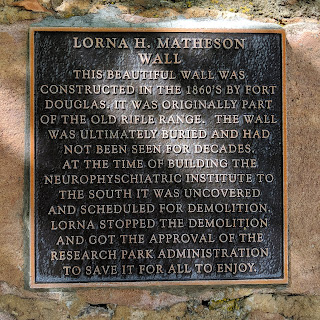 When I saw the fencing around the Bigelow and Chapman Apartment Buildings I thought SLC was going to loose more of its historic buildings to demolition. But good news everybody, according to SLC's citizen access portal the buildings are undergoing a renovation and not a demolition. The Chapman (227 S 400 East) was built in 1937 and the Bigelow (225 S 400 East) was built in 1931. Both are listed on the National Register of Historic Places. 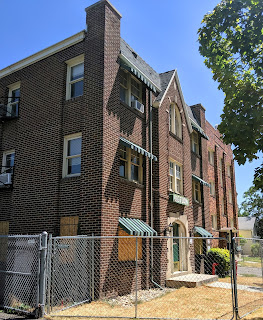 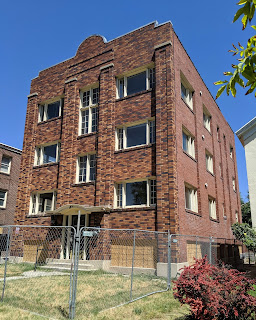 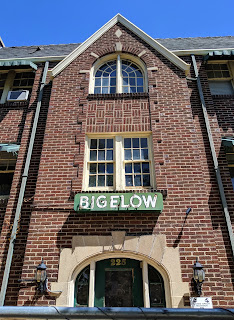 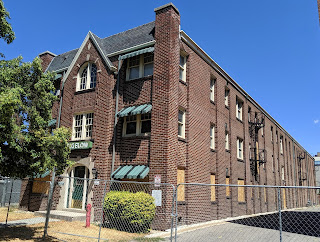 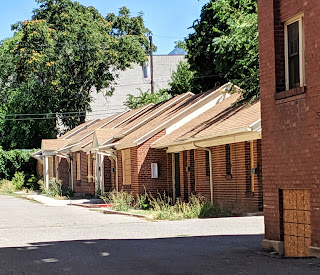 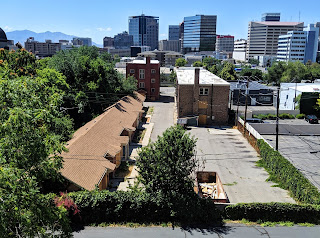 Dedication of St. Mary's Cathedral, Now Cathedral of the Madeline

Today in History, August 15 1909, the Cathedral of the Madeline (known then as St. Mary’s Cathedral) was dedicated in Salt Lake City.  Construction was begun in 1900 and the name was formally changed to Madeline in 1916 (after the French spelling).  To this day, it is the only Catholic cathedral in the nation to be named for Mary Magdalene.  The cathedral is located at 331 E. South Temple.  Image from the Salt Lake Tribune, Aug 15 1909, p2.

Temple Square is home to several of these historic cast iron and brass drinking fountains. This version probably dates to the early 1900s (1910s?) and is operated by foot pedal. It also features a mouth guard and an arcing water projection, designed to improve sanitary conditions. The Murdock Mfg Company has been operating since 1853. 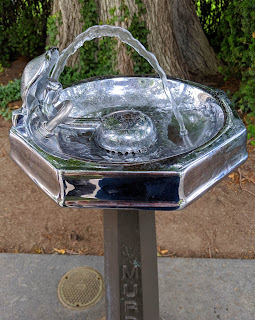 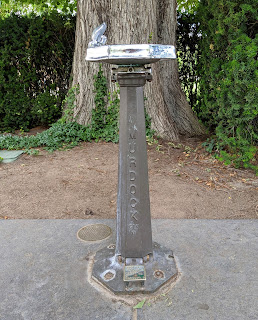 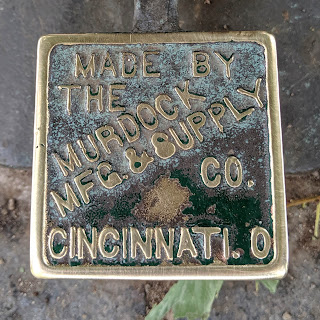 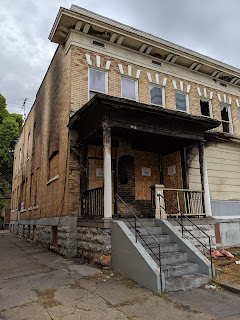 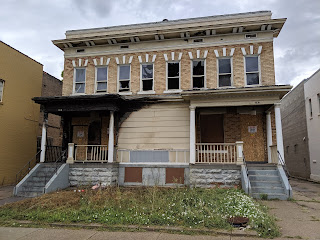