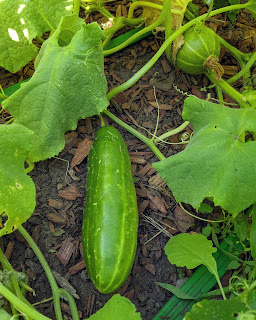 My garden is overflowing with cucumbers and zucchini.  After looking on the internet for creative recipes it got me thinking about past ways people prepared these items.

It turns out, unlike cucumbers, zucchini is a rather recent addition to American gardens.  Originally brought over by Italian immigrants in the 1910s it was commonly known as Italian Squash for a while (Zucchini being too weird a word, I suppose) and was considered an ethnic curiosity to those not of Italian heritage.

After WWI, Italian foods in America became less stigmatized and more integrated into domestic American gardens and products. Refer to my post about Antonio Ferro, SLC’s Pasta King who saw booming times after WWI and started publishing recipes in local newspapers on how Utahans could prepare spaghetti noodles.

I was even surprised to see that zucchini bread didn’t make it into the American recipe book until the 1970s.

Since zucchini is a relative newcomer, these older recipes focus on cucumbers.  I also chose not to include any dill or sweet pickle recipes since those are still common today.