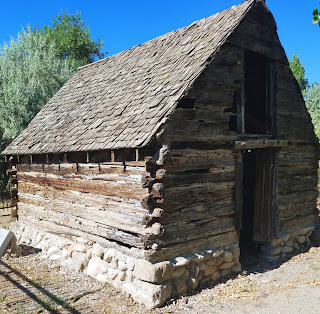 Joseph Hyrum Mosser constructed this granary near his adobe brick house about 1878 at approximately 4450 S 5400 West in what was then known as Hunter, Utah.
Newlywed Alma E. Rushton acquired this granary and the surrounding farm in 1917 merging it into the Rushton Homestead across the street.
This is perhaps the oldest building in West Valley City. The granary was moved from its original location a few years ago and placed near the Jordan River on the grounds of the Utah Cultural Celebration Center in West Valley City. 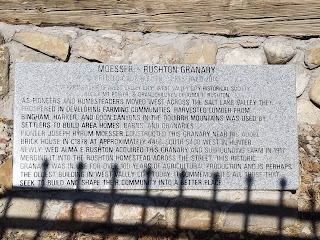