Demolition of the Last Remaining Building from “the Stockade”

This building at 540 W 200 South will be demolished as part of the Cinq Apartments, the same construction project that plans to preserve most of the nearby Central Warehouse building (see previous post).

This unassuming building has a sordid history and is the last remaining building from “the Stockade,” Salt Lake’s officially sanctioned red-light district built and managed in 1908 by Dora Topham, aka the Madame Belle London.

The building is named the Citizens Investment Co building because that was the legal entity that was established by Dora Topham to purchase the land, build the stockade, and manage other matters.

There are a lot of stories associated with this building and plot of land.  Before this building was constructed in 1908 it was the location of George W. Boyd’s adobe house- he built Boyd’s Pony Express Station in Utah’s West Desert, which remains today as one of the best-preserved Pony Express Sites.  George was a Mormon polygamist with 3 wives and 15 children.

Exploring how Boyd’s property and the surrounding blocks morphed from small Mormon Pioneer adobe houses into GreekTown should be interesting.

This also seems to be a good time to explore the life of Dora Topham; she made quite the impact in Ogden but was only in SLC a few years.  Plus, she is the namesake for London Belle Supper Club.

And then there is the red-light district itself. What did it look like (and smell like?) and what was it like for the women who lived and worked there.  What did GreekTown think of their new neighbors?

What other things interest you about this property and the stories around it? Maybe I will find out for you during my deep dive and share more interesting stories about SLC’s past.

There will likely be a few interesting posts to come out of this topic so stick around.

In the meantime, swipe to read the historical marker attached the building. I always stop and read the plaque! 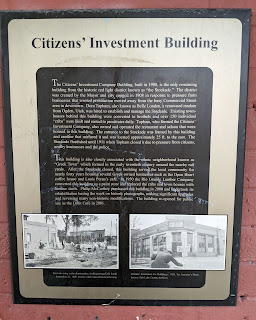 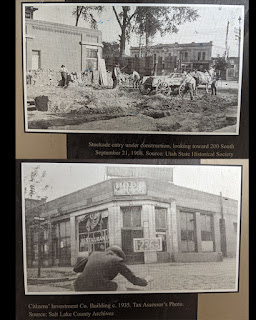