The Salt Lake Hot Springs Sanitarium that was the setting of the 1893 civil rights lawsuit (see previous post) has an interesting history.

McKimmins wanted a building outfitted with new electric inventions and he built one of the largest liveries west of Chicago and named it the Palace Livery. It was built of St Louis pressed brick and Kyune sandstone (same as the SLC City and County building). It was 3 stories tall in the front and the back half was 2 stories and extend an entire half-block deep.
One arched entrance housed a veterinarian surgeon and the other arched entrance led to the stables. Carriages were kept on the ground floor and the 180 horses were on the 2nd floor with a long ramp that allowed the horses to walk to the upper story. Drains were incorporated in each stall and the flooring was coated in waterproof tar to allow for easy cleaning.

There was also a separate room which featured an automatic horse cleaner described as “electrical brushes [that] ply around their backs twice a day, an hour each turn” (Image 2). An elevator allowed hay to be moved from the basement to the 2nd floor. And electric lights and call bells were incorporated throughout the building.

McKimmins was only in this new building for 3 years when his bank, American National Bank- run by brothers James H Bacon (president) and Harvey M Bacon (vice president), foreclosed on him in 1893.

The foreclosure was rather shady, and it was a large part of the 1897 trial of James H Bacon who was convicted of falsifying reports and financial mismanagement. James was convicted, and later pardoned by President McKinley. His brother and VP of the bank, Harvey M Bacon, acquired the building during the foreclosure and converted it into a Sanitarium. Harvey invested an additional $150K into the building (~$4.5M today).

The buildings served as a Sanitarium until 1919 and then it was converted into the Broadway Parking Garage. It was demolished about 1974. Broadway Media now occupies the site. 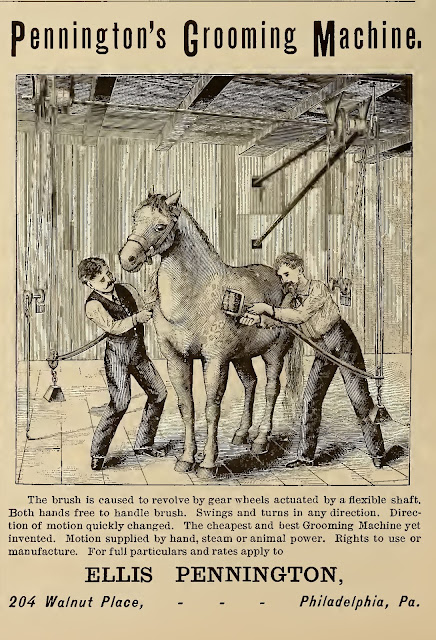 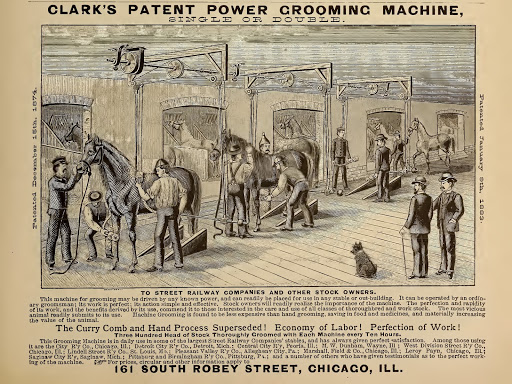