This house at 320 S 400 East is also slated for demolition, along with the English Lutheran church I posted about a few days ago. Both buildings will be demolished for the new development called “TAG 324 L’Oriol Plaza Condos.”
The house was built in 1893 for Fred L. Parker (1879-1938), a lumber dealer in SLC.

Fred experienced several losses in this house. His wife Lizzie died suddenly sitting in a chair in the house in June 1894. He soon remarried a young widow, Celia, with 2 children; her teenage daughter died of infection in the house Sept 1895. Then his baby son, Marshall, died in June 1896.

In 1900 the house and 3 other nearby homes were purchased by widow Emma Hanson as investment properties for her 4 minor children. The entire Hanson family lived in this house for a decade while renting out the other properties for income. After Emma’s youngest child was grown, she sold this house to H C Edwards in 1910.

Edwards used the property as a rental and through the years it was used both as primary residence and as a rental by various other people. In 1938, Susie V Marx added an addition to the back of the house.

By the 1970s the house had been converted to an office and by the mid-1980s it was being used as a salon.

David Anthony Sargeant ran a high-end salon out of the house through the 1980s and 1990s. In Sept 1987 arsonists set fire in the basement of the house which spread to the upper stories. Sargeant rebuilt his business and the house, working with architects Max Smith and Kin Ng.

Up until a few months ago, this house was being used as an office space for STM Associates; the property was sold in Jan 2021. 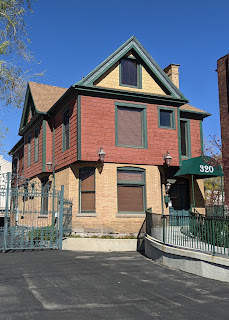 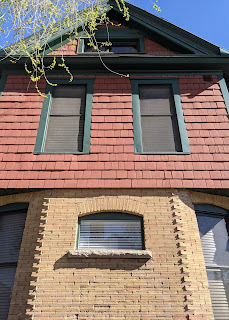 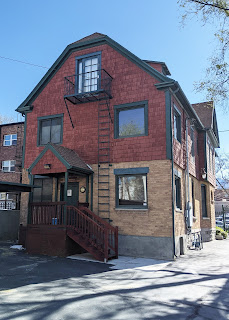 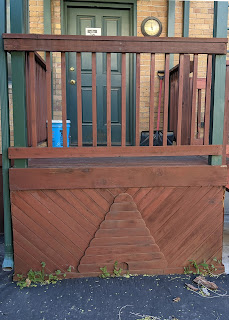 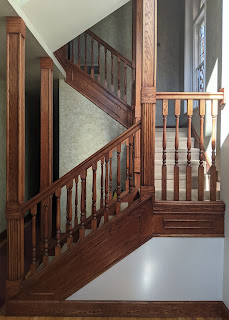