The city of South Salt Lake has decided to close the County Library in the Columbus Community Center at 2531 S 400 East and is now looking for a new occupant to fill the space of the old library. A perfect time to dive into the history of this fantastic building!

In 1916 the Forest Dale area was growing and a new elementary school was needed. The area chosen was located just outside the city limits so SLC annexed the 5-acre parcel and proceeded with plans to build a new school.

Architect Charles S McDonald designed the school. In a break from previous school design in SLC, this was a single-story building which was emphasized as being safer during a fire and preferable in areas with lower cost of land. McDonald also designed Irving Jr High, Auerbach’s, Walker Bank Building, and the Alta Club.

The Columbus School opened on Jan 22 1917 and served as an electuary until 1968 when it became a technical school for disabled individuals.

Two large additions were made in the rear including a gymnasium in 1954 and a shop area and commercial kitchen in in the early 1970s.

In 1995 SSL offered a bid of $800K (lower than the developer’s bid) but the District sold to SSL because the Developer’s bid was contingent upon approvals for a zoning change.

SSL began the process to convert the old school to a community center and SSL and SLC adjusted their boundary so that the building was now in SSL.

SSL was pleased with the $5M price tag the feasibility study for rehab produced because it was less than the cost of a new building. SSL worked with local architects CRSA on a phased approach to renovation.

During the renovation CRSA found that “structurally, the building was extradentary fragile.” But SSL persevered and worked to stabilize the building and improve the landscaping. The new community center officially opened in 2002.

Currently, the County Library has vacated the south wing of the building and SSL is looking to fill the 8,700 sq ft space. Most of the building is still in use by the Promise SSL program, Recreation Department, and Senior Center.

SSL is solicitating public input and request emails be sent to connect@sslc.com. 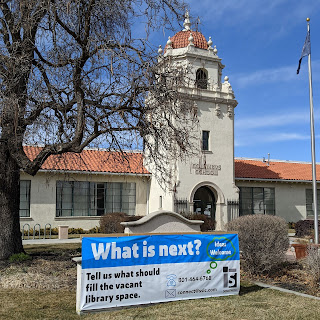 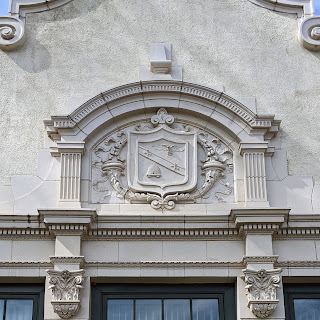 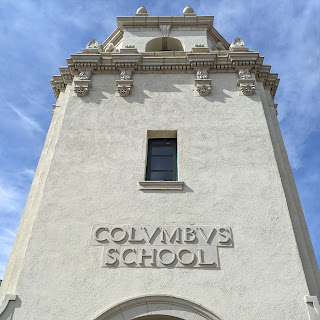