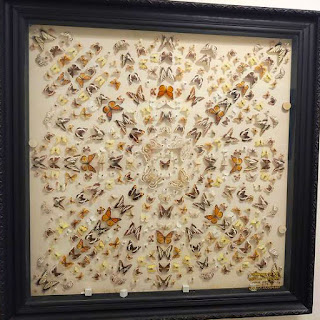 The origin of this butterfly (Lepidoptera) case was a mystery, until now! 😊

These pics came to me from Christy Bills, the entomology collections manager at the Natural History Museum of Utah. Very little was known about this case other than what is presented in the images. Christy asked if I might be able to fill in some of the missing details, especially the connection between J.G. McDonald (the SLC chocolate maker) and this case.

This case dates to 1909 when Thomas U. Spalding (1866-1929), an early Utah collector of Lepidoptera, displayed it at the Utah State Fair with butterflies collected in Eureka and Provo, Utah. This case was widely praised for being the finest and most extensive collection of western butterflies thus far exhibited.

It made such an impact that James G. McDonald, the president of the Utah State Fair Association and president of the J G McDonald Chocolate Company (now Broadway Lofts at 159 W 300 South), purchased the case from Spalding and gifted it to the University of Utah Stewart Training School in 1911.

The Stewart School accepted McDonald’s gift and used it for many years to teach a more direct interaction with nature. In fact, the Stewart School expanded its collection to include several cases of songbirds and exhibited them at future State Fairs.

Years later, in the early 1940s, Clyde Gillette (1927-2015) was a student at the Stewart School. He had an early love of butterflies and even co-authored academic papers as a teenager with Professor Angus M. Woodbury.

Reportedly, Gillette retrieved the Spalding Butterfly Case from a trash can at the Stewart School and held on to it.

Later, in 1976, Gillette co-founded the Utah Lepidopterists’ Society and the case then became theirs. They then loaned it to the Natural History Museum of Utah for display and later formally gifted it to the museum.

This case is now over 110 years old and, as is so often the case, little decisions here and there from various people have led to its preservation for the rest of us. 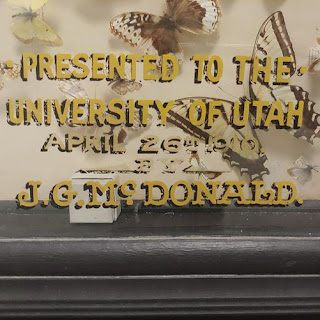 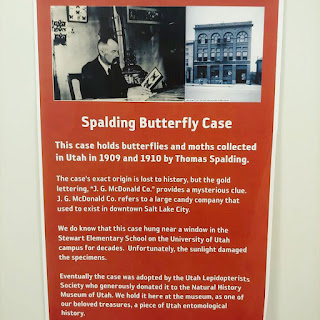