This house at 963 E 200 S SLC was built in 1894 and was first occupied by Roe and Nettie Frazier. In researching its history, I was intrigued by the story of Nicholas P. Stathakos who owned the house 1908-1915.

Arguably, the best years of Nicholas’ life were in this house but it was also the beginning of his tragic downfall.

Along with Leon Skliris (Greek labor agent), Nicholas established the first Greek Orthodox Church in Utah. The church was financed through a corporation entitled “The Greek Community of Utah” of which Nicholas served as Vice President and later President, and thus Nicholas was commonly known as the “President of the Greek Community.”

The church was located at 439 W 400 S and was named Holy Trinity- the precursor of the current Holy Trinity Cathedral. Nicholas also established a night school to teach English, was a founding member of the Utah Peace Society, and a member of the SLC Commercial Club.

Nicholas had amassed a small fortune and he was able to send for his wife and children from Greece to join him in SLC in Sept 1907.

A few months later he purchased this house at 963 E 200 S complete with fine furnishings and a piano. The only Utah Greek wealthier than Nicholas was Leon Skliris.

Those early years in this house were great for Nicholas and his family. Unfortunately, things got progressively worse after 1910. In July 1910, his youngest child Angelus was killed in a streetcar accident. The following month Nicholas’ brother, Peter, was arrested for murder in SLC (later acquitted). In 1913 his wife died in an automobile accident.

And in 1916 it was exposed that Nicholas’ company, which acted like bank to the Greek Community, was insolvent. His business and property were liquidated at a Sherriff’s Sale to cover his debts.

Nicholas fled to Havana, Cuba, in March 1916 and resided there with his daughter for several years. He died in 1941 in Los Angeles. 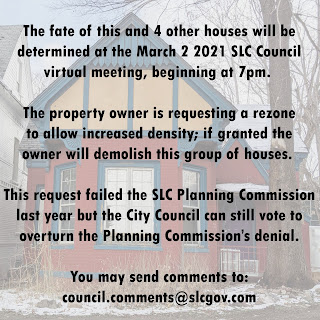