The Kensington Apartments on the corner of Main Street and 100 North SLC was another collaboration between the Covey Investment Company and builder W.C.A. Vissing, who had married into the Covey family.
Kensington Flats was built in 1906 and was the 2nd apartment complex that Vissing built for Covey, the first being the La France Apts. It was designed by architect David C. Dart who was also likely involved with the other Vissing-Covey collaborations.

Similar to how new apartment buildings go up today, an older modest house on a large corner lot was acquired by a developer – the Covey Investment Co – and the house was demolished to make way for modern multi-family housing marketed to the young and upwardly mobile middle- and upper-class working professionals.

The Deseret News declared that this fashionable style of multi-family housing “is the thing in eastern cities.”

When it was completed in Dec 1906 nearly all the units were rented. The first set of tenants included a variety of working professionals including one of the Covey brothers, Hyrum T. Covey, with his wife and two small children who all occupied Apt 9.

Miss Grace E. Frost, a single 26-year-old principal of Waterloo School and then Bryant School lived in Apt 4 for a few years; she was fond of the Covey built apartments because she also resided in the Buckingham and the Covey when they were newly built.

Mr. David B. Hempstead was a lawyer who lived in Apt 12 until he married and moved out in 1908.

Mr. Victor C. Heikes was a surveyor who worked for the USGS and lived in Apt 35.

The Kensington remained under ownership of the Covey family until 1985 when it, along with the Buckingham, Covey, and Hillcrest, were all sold to Western Devcor Inc, an Arizona company.

The Kensington is located within the Capitol Hill Local Historic District which offers some protections against demolition due to the Historic zone overlay. 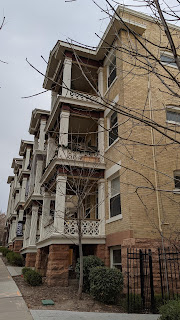 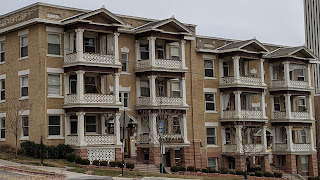 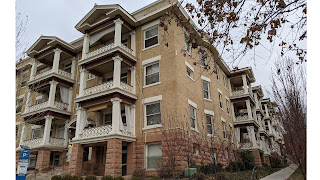 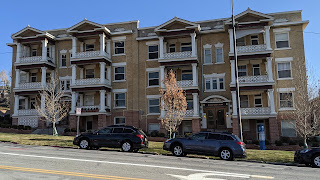 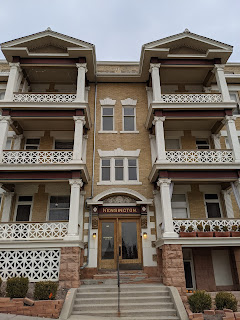