Hey all! I thought I should finally introduce myself. I’ve been off social media for a while tending to seed starts for my garden and giving myself a little mental break. 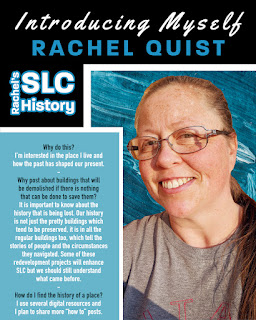 I’m an archaeologist who works in the West Desert, but I typically don’t spend much time in the field anymore as my duties are more about management and interacting with leadership.

I live near downtown SLC in District 4. I own a small house on a small lot with my family. We don’t have any grass and both our front and back yards are garden. We grow a variety of squashes, tomatoes, and death peppers.

I used to hate history class and thought it was so boring to memorize dates of military battles and the basic facts of only certain types of people.

My first archaeological project was while I was a student at the University of Utah. I helped with the mitigation excavation of Fort Douglas in preparation for the construction of the 2002 Olympic Village, now student housing.

It was through archaeology that I realized we could see into the lives of people who were not in the history books, such as the women who worked along Laundress Row at Fort Douglas in the 1890s.

I tend to focus on everyday people of SLC’s past and try to revive the stories and circumstances that have been forgotten.

I’ve been researching and writing about SLC history for over a decade and I’ve come across some interesting stories that I can write up.