Demolition is planned for the La France apartments at 246 W 300 South. The current owner, the Greek Orthodox Church, plans to demolish the buildings for a new complex consisting of apartments, hotel, parking garage, shops, and restaurants.

The La France was one of the first urban apartment buildings constructed in SLC. Boarding houses, hotels, and rowhouses had been used for multi-person housing for decades but this new style of a walkup multi-story apartment which included individual kitchens and bathrooms was a new building type for SLC in the early 1900s.

The first apartment house built in SLC was the now demolished Emery-Holmes apartment building constructed in 1902 which was located where the Eagle Gate Apartments are now situated at 109 E South Temple.

The La France was built in 1904 and was the first collaboration among Covey Investment Co, architect David C. Dart, and builder Charles Andrew Vissing. This group built about 20 apartment buildings in SLC, many of which survive today including the Kensington, Princeton & Boulevard, The Covey, and Hillcrest buildings.

The La France is unique as it includes rowhouses in the back of the main buildings. All apartments provided modern conveniences including steam heat, hardwood floors, gas range, refrigerator, colored tile bath with shower, tile drainboard in the kitchen, and janitor service.

Like today, Salt Lake City was experiencing a population surge in the early 1900s. The La France was built to accommodate the white-collar worker of the railroad, mines, and other industries. Common occupations were railroad clerk, salesman, engineer, bookkeeper, and draftsman.

Although the La France was built in the emerging Greektown it did not serve the housing needs of the Greek community. The 1910 and 1920 censuses show no Greek or Italian immigrants living in these apartments. Rather, all La France dwellers were of Northern European decent indicating a that the Greeks and Italians living in the neighborhood were discriminated against for housing at the La France.

Covey Investment Co owned the building until 1981 and ownership ultimately transferred to the Greek Orthodox Church.

In 1989 and 1992 the La France had the opportunity to be listed on the National Register of Historic Places and by default become a local SLC Historic Landmark site (those rules have since changed) but the owners objected to its listing on the local historic register. It was included in the 2016 Warehouse District National Register listing so it would qualify for tax credits if it was subject to historic rehab but there are no historic legal protections on the buildings. 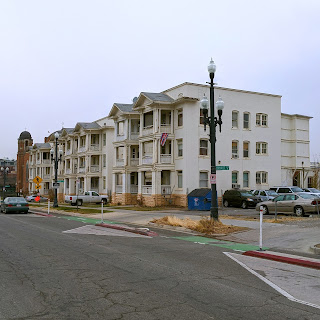 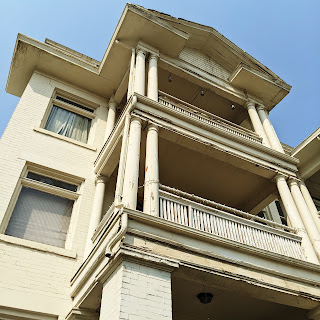 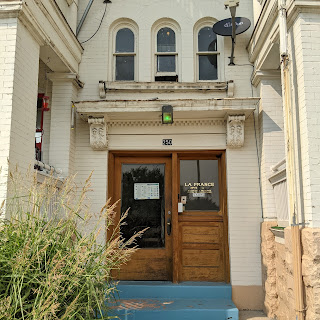 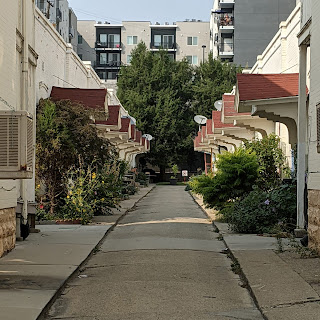 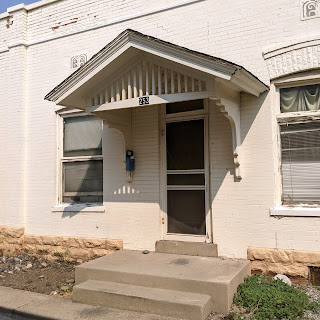 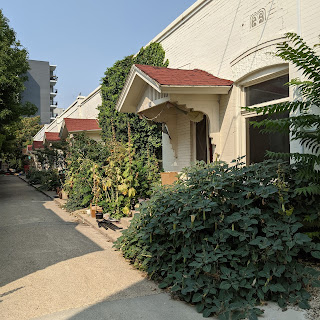 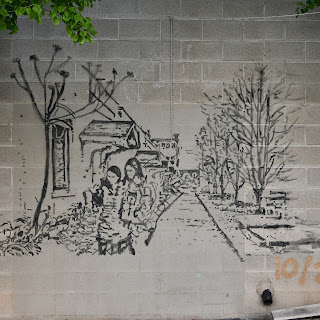