A WTF Photo from Utah Division of State History Collections

Here is another WTF photo from the digital archives of UDSH.

The description and my limited newspaper research reveal this is the wrecking crew from Ketchum Builders Supply Company that in February 1935 demolished the old Knutsford Hotel (which was also the old Auerbach building and the old Sears Roebuck building).
The old Knutsford Hotel was located about 275 S State Street SLC.  The site is currently occupied by the Ken Garff Automotive Group Corporate Office Building at 111 E Broadway SLC.
So what is up with image 2, shown below? Was that something they salvaged from the hotel? And where did that thing eventually end up? 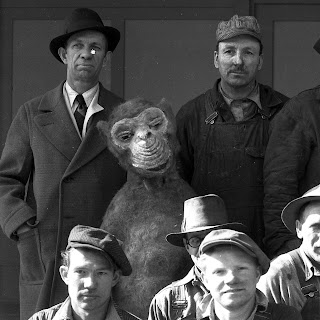 And, I like the gloves on the guy in image 3, below: 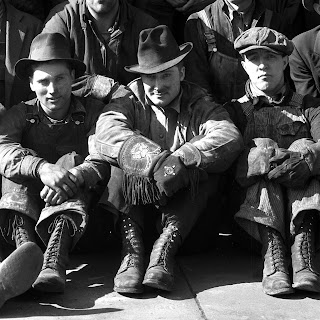