This is Union Pacific Steam Locomotive #833, built in 1939. It is a FEF-2 class steam locomotive.
The large smooth metal plates on the front of the engine are called “elephant ears.” They help lift the smoke above the engine so it does not flow into the cab. The 833 was used to pull passenger and express trains, which ran through Ogden and then at the end of the steam era, it was used to pull fast freight trains. It was originally donated to SLC in 1972 where it was on display at Pioneer Park. It was eventually transferred to the Ogden museum in 1999.

It is now on display at Spencer and Dolores Dore Eccles Rail Center at Union Station in Ogden, Utah. 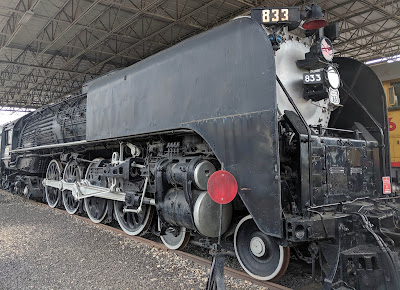 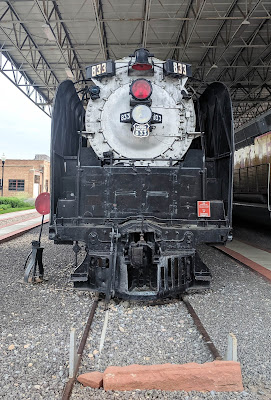 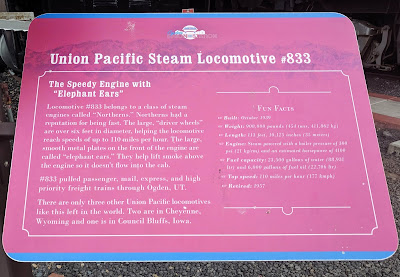